THE PLAN: TO REPLACE AN AGING I‑295 BRIDGE, AND MAKE VERANDA STREET A SAFER EXIT & ROADWAY…WITH MINIMAL DISRUPTION OF TRAFFIC & LOCAL RESIDENTS.

Problem: The Veranda Street Bridge carries Interstate 295 (I‑295) over Veranda Street (U.S. Route 1) in Portland, Maine. The existing bridge was built in 1961 and, after 60 years of heavy use, its condition has deteriorated. A 2017 inspection of the bridge determined it’s in satisfactory to poor condition and is structurally deficient.

Solution: The most cost-effective solution is to replace the old bridge with a new, single-span bridge with wider shoulders for improved visibility and safety on I‑295.

To minimize disruption of traffic on I‑295, the new bridge is being constructed right next to the old bridge. 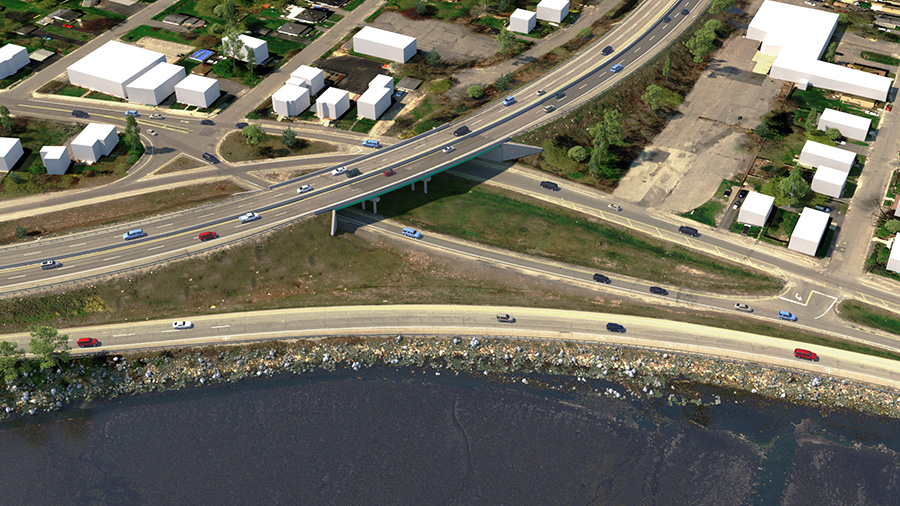 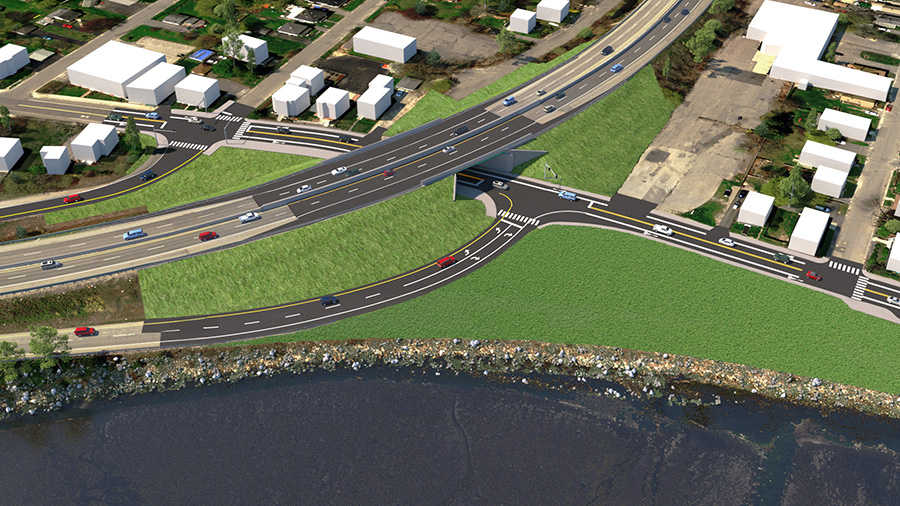 Under the bridge, Veranda Street is a two-lane divided roadway, with access to I‑295 via on- and off-ramps that promote high-speed travel. The divided roadway, ramps, and confusing intersection have led to an increase in motor vehicle crashes.

Pedestrian and Bicyclist Travel: New sidewalks and bike lanes will be installed to improve access and safety for people walking or cycling through the area.

Drainage: To prevent flooding of Veranda Street, roadway drainage will be improved. 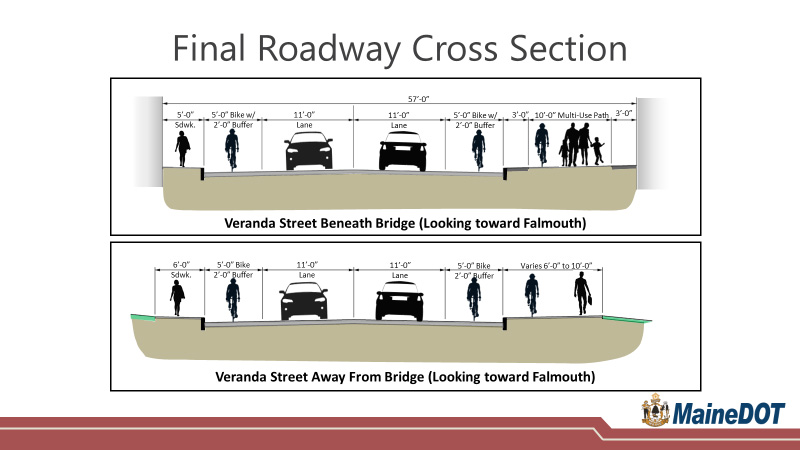